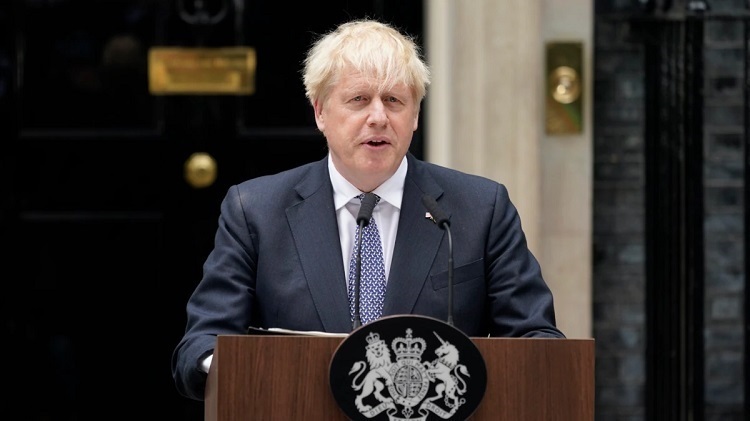 British Prime Minister Boris Johnson has announced his resignation, saying he will continue to serve as prime minister until a new prime minister arrives.

British Prime Minister Boris Johnson also announced his resignation from the party leadership, saying he would continue to lead the party until a new leader is appointed.

Boris Johnson stated in his address that it was clear the parliamentary party desired a new leader and prime minister. They made the decision to resign in respect for the party MPs’ wishes.

He claimed that he had given notice of his resignation to Sir Graham Brady, the head of the 1922 party.

Under my leadership, the Conservative Party gained the most seats in any election since 1987, he said.

According to Boris Johnson, the cabinet was unable to persuade its members that electing a new prime minister would not be the best course of action.

He also said that he was very proud of the achievements made during his tenure, the completion of Briggs, the removal of the country from the Corona epidemic and the mobilization of Western countries against the Russian aggression in Ukraine were major achievements.

Boris Johnson said: “I admit that no one is indispensable in politics. I want to tell the British people that I am very sorry to have left the best job in the world.”

He declared that he will support the party’s choice of a new leader fully.

Boris Johnson acknowledged the support of his family in his remarks, including his wife Kerry Symonds and kids.