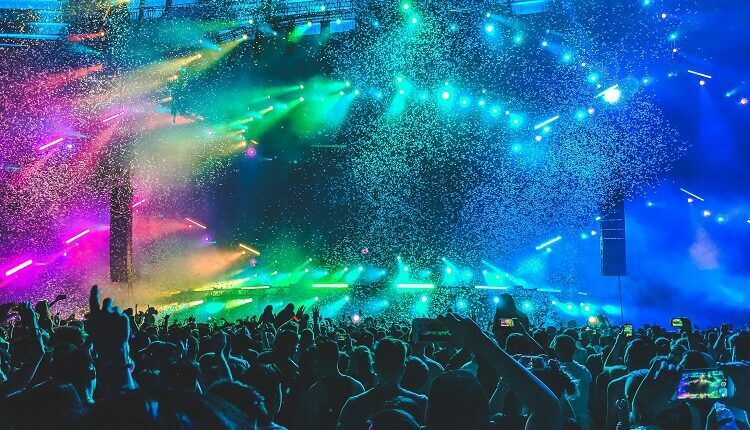 EDM music events in India dates back to 2007 with Sunburn which was held in December at Goa’s Candolim Beach and included DJs like Carl Cox, Axwell, Above and Beyond and also Indian DJs like Pearl, MIDIval Punditz, etc.

This was considered a genius move and was far ahead of its time. The experience of the EDM festival, along with the reigning trance genre also bestowed India’s love for not only spectacle but also drama.

This made India synonymous with the global music trends and to this date is celebrated all over the country as one of the most popular music genres.

A Day of slick

This event was conducted by the management agency sLick!, which holds a day-long celebration with the world’s top tech-house and techno artists and also features many Indian artists.

A Day of slick 2017 was a 2-day long event that included Boris Brejcha with his unique brand of high-tech minimal and Tijana T, who is a Bulgarian journalist and house music specialist, made her Indian debut along with Patrice Bäumel, who is Amsterdam’s popular DJ’s. There were also many local and international artists who portrayed their impeccable performances.

Since Sunburn and Supersonic are moving out of Goa, there is a focus on the boutique festivals which is more of an intimate and smaller setting. Krank is also a boutique part experience which is the state’s most likeable festival and was in its sixth edition.

The EDM music events included techno producer Robert Babicz who was joined by Swedish Tronic label boss Christian Smith and also the Greek dance music staple Stelios Vassiloudis. There were also many Indian DJ’s like B.L.O.T!, Arjun Vagale, Calm Chor and many others.

Sula Fest! is one of the popular music festivals which gives an equal importance to the dance-friendly electronic music. The event in its tenth year attracts crowds over 12,000 which have more of international acts.

Apart from music, this event is home to beautiful vineyards and with people who dress to thrill. You can find the trendiest people letting their hair down to the beats of EDM.

This event is India’s scenic and forward-thinking festival and included a heady mix of genre chameleons and bass rattlers. The event also hosted secret rooftop parties, treasure hunts, and spoken word gigs in a dungeon.

This winter festival is the only festival in the country to feature the Red Bull Music Academy stage that has similar chapters in the globally recognized editions like the Sonar in Barcelona and Lollapalooza music festival in Chicago. It is at par with any of Europe’s top festivals.

This is India’s first and only electronic music festival which is dedicated to many shades of bass music and, unlike others, has gotten popular every year. This is also one of the few traveling club music festivals in India. Since it was spread across two weekends, there were many artists who performed like Copenhagen-based Alo Wala, producer Chimpo and legendary MC.

The format of this event is straightforward since there is an international headliner which is flanked by India’s renowned bass music DJs. The base camp has been highly influential in spreading all kinds of bass music i.e. jungle, drum, and bass, glitch, dubstep, drum step, two-step, dub and reggae, which is all across India.

Being one of the biggest electronic music tour promoters in India, Insomniac Events had brought Electronic Daisy Carnival (EDC), to India which partnered with India’s biggest independent music agency.

This event became one of the advanced, biggest, and thrilling productions, which Indian fans have ever witnessed. The top-notch EDM artists hit the high notes where some of them were Alesso from Sweden, Dutchmen Afrojack and R3hab, Steve Aoki from the US, Tommy Trash from Australia, etc.

At the Enchanted Valley Carnival, Bollywood and pop music go on a head-to-head with the EDM and also at the underground electronic music. This event is a three-day affair where the stage is filled with techno artists like Hot Since 82, Chris Liebing, and Jeremy Olander. There were also Indian DJs like Lost Stories and MojoJojo.

By a stretch of the imagination, it could be noted that a country, though with no club infrastructure, arbitrary and restrictive state legislation against the nightlife, high taxation and prohibition on alcohol, and with regressive politicians still became infatuated and insanely crazy over the sound of electronic dance music (EDM). This truly portrays that an emerging music genre can reach people despite their culture.

Why Online Motorbike Games Are Popular